Brands Struggle To Measure ROI When Marketing Via Twitter 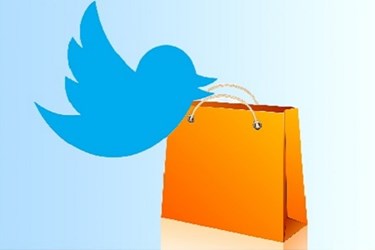 Twitter considered an effective marketing tool for brand awareness, but paid services not catching on

As brands take to the social media channels to both promote business and to engage with customers, it is becoming more important to determine which social media channels are the most effective in terms of marketing. A recent survey by Social Media Marketing University reveals some of the biggest challenges that brands are having with the Twitter platform for marketing. While a majority — 65 percent — of brands say that Twitter is an effective marketing tool, a large percentage of brands (45 percent) find that “measuring ROI and results” is the greatest challenge they encounter when using the Twitter platform. The other top difficulties include “building an audience” (42.1 percent) and “engagement” (36.8 percent).

The study shows that a majority of brands are taking to Twitter to increase brand awareness (72 percent). Like most of the other social media channels, brands are striving to create engagement during events (62.4 percent), build relationships with influencers (62.4 percent), and monitor brand mentions (58.4 percent). Though, in terms of marketing, a large percentage of brands report facing challenges with the Twitter platform. Ninety-six percent of brands that use Twitter as a marketing tool say that they have difficulty achieving specific goals when using the platform. Brands (35 percent) also show little interest in taking part in Twitter’s paid advertising services, while nearly 17 percent of brands didn’t even know Twitter offered paid services.

As John Souza for Social Media Marketing University says, “Social media has become a significant play in the marketing world, so much so that brands are almost forced to leverage it, even if they are unsure of its value. The challenge for marketers will be to solidify best practices to measure ROI on all social media platforms as they face increased pressure from the C-Suite. Additionally, as Twitter banks on the success of its paid services, it will be critical for the platform to provide resources and support to help brands navigate this challenge.”

This is not the first study undertaken to determine how the social media channels are faring in terms of advertising. A recent article from MarketingProfs sought to answer the question of which platform — Facebook or Twitter — is the best social media ad platform. MarketProfs, like the Social Media Marketing University survey, shows that Twitter (as well as Facebook) still has a ways to go as an advertising platform. However, when compared to Facebook, Twitter’s ads can have engagement rates as high as 1 to 3 percent, which is, according to MarketingProf and an AdWeek survey, higher than Facebook’s average click-through-rate of 0.1 percent. There is also a large possibility for Twitter to sweep up mobile ad performance. While Facebook does currently own the mobile space (15.8 percent compared to Twitter’s 1.9 percent), eMarketer expects 2014 to be the year that Twitter rakes in $1.33 billion in worldwide ad revenue. Sixty percent of this ad revenue is expected to come from the mobile channel, especially as mobile plays a more influential role in consumers’ browsing and shopping processes.