Business And The Science Behind Streaks — Capitalizing On The Obsession 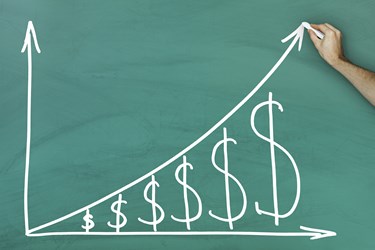 Everyone intuitively understands a “streak.” It is a repeated result/action/behavior, or as the dictionary says, “a continuous period of specified success or luck.” The “continuous” part of the definition is what comes to understanding the dynamic that exists between streaks, consumers and business.

Why are streaks so obsessive? It plays into some of peoples’ basest instincts to strive toward something, especially when it offers consistent rewards. Consider someone on a “hot streak” at the blackjack table. They feel like they cannot lose and develop a certain energy and rhythm while the streak is occurring.

It is a rush of endorphins combined with the knowledge that talking about the streak with their friends will make an engaging story. A similar dynamic occurs with the “repeat customer” discount. Someone might continue to order takeout from the Thai place across town just because repeat business earns an extra five or ten percent off. The repeated activity is rewarded, which then loops into more of the same activities.

Every business wants to know what will drive consumers to return to their site versus a competitor, and streaks are proving to be one of the most powerful tools in marketing today.

Retailers can derive substantial and long-lasting benefits from creating streak-style features and processes. Adopting these structures is especially important in the mobile age, where the retail experience is closely tied to using a mobile device. Streaks are connected to a “fear of loss” in the sense that the player/customer is trying to avoid breaking the streak.

Concepts such as OverUnderMillionaire.com are taking the streak phenomenon to the next level. The platform is a “sports prediction app,” where players compete to win the game’s $1,000,000 grand prize, along with the opportunity to win other valuable prizes along the way in the form of gift card rewards from sponsor retailers, by obtaining a certain number of win streaks. The longer a player’s streak continues, the more valuable the prize becomes. It is an example of a mobile platform coming together with an activity enjoyed by many (sports predictions) and sponsoring retailers that want to attract new customers.

For developers, the key is to build applications and processes that keep customers coming back. The design of the application and platform plays a role. There must be a clean interface, quality UI and a minimal number of actions needed for a single step. Consumers will not get involved in a hot streak if it becomes a complex or arduous journey. Achieving the streak can require intelligence and some effort, but it can’t be constrained by poor development. Creating a streak is vitally important for app developers who are creating ad-based applications. These apps live or die on active engagement, so a streak structure can produce the type of engagement that determines if an app is a viral hit or a dud.

Developers that desire a streak-style gameplay or other process must build a system of rewards that are progressively more important as the streak continues. That’s a core part of the psychology, where the reward increases over time, along with the fear of losing the reward by not achieving the streak. For some applications, there is a primary reason for hitting the streaks, such as running, learning a language (Duolingo) or tracking calories.

Every business and marketer wants to know the “secret sauce” of driving consumers to their site or app instead of the competitor. Online games like OverUnderMillionaire.com that involve streaks are proving to be a powerful marketing tool when used properly. And ideally, when these games are tied to attractive rewards, they make people feel fully valued and that their time wasn’t wasted on the achievement.

Joel Benson used his years of industry experience to start a one-man agency out of his home, the Shopping Center Network, and signed CBS Television Network as his first client. While the deal established his credibility in the space, it was the major mall tours that followed that led to partnerships with Chevrolet’s Football Hall of Fame, Kodak’s Junior Miss, Reebok’s Pump Up and Air Out, NBA’s America’s Game and hundreds more leading consumer brands.

Recognizing that the popularity of shopping malls was declining, Benson changed the name of his company to EventNetUSA in the early 2000s and started what it is arguably the first experiential marketing agency to produce pop-up stores. Now, celebrating his latest marketing venture, Benson is gearing up to launch OverUnderMillionaire.com – a platform that celebrates the popularity of sports and the growth of the e-commerce segment. In the fall of 2019, OverUnderMillionaire’s marketing game is set to transform millions of players into customers on prize sponsored e-commerce sites for just pennies on the dollar, further solidifying Benson’s lifelong mission - to drive consumers to brands.