Can C-Stores Afford IT Downtime? 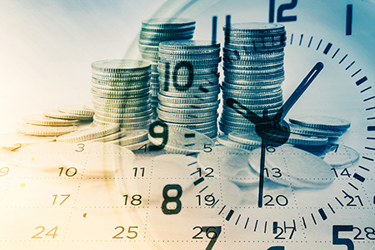 A closer look at how convenience stores can prevent IT downtime to improve the customer experience.

When customers enter a convenience store, they’re often looking to purchase the items they need quickly before moving on to their next destination. However, if the retailer is experiencing unplanned IT downtime, not only is this sale in jeopardy, but the shopper may never come back to the store or fuel pump again. While those minutes, hours, or days of IT downtime feel like the worst part, the ramifications extend far beyond those moments, as downtime of a store’s IT environment can lead to lost customers and revenue.

This is especially poignant in today’s reality as consumers reconsider the potential of traveling once they have received their COVID vaccinations. For example, a recent survey from NACS highlights that over half of the c-store retailers (52%) expect “summer travel and commuting patterns will be close to pre-pandemic levels.”

However, if the c-store retailer is not technologically prepared to manage new IT implementations and increased foot traffic, a small blip in the system can have a large trickle-down effect. Many of today’s c-stores have had to quickly integrate new ‘touchless’ in-store technology, ranging from self-checkout to Buy Online Pick up at Curbside (BOPAC) while facing barriers from legacy technology built up over time. The result has often been ‘workarounds’ with the incumbent technology stack and therein lies the problem.

To paint a bigger picture of the true cost of IT downtime, we recently commissioned a third-party survey through Censuswide to poll 100 U.S. IT managers and store operations managers from large convenience and convenience fuel retail (CFR) stores to better analyze the true repercussions of IT downtime. The survey identified that 98% of respondents interviewed have had to deal with store system failure, demonstrating how prevalent this issue is across the industry.

From point of sale (POS) failure to glitches in the store controller, payment controller, fuel controller, and self-checkout systems, the complex store IT infrastructure, common in many c-store retail operations, makes implementation delivery and management of software difficult on multiple types of devices and a major operational challenge.

The Top 3 Consequences Of IT Downtime

Solving For IT Downtime

While the consequences of downtime can have timely and costly repercussions, c-stores understand that IT investment can help resolve these issues. When asked where they believe IT can make the biggest difference in reducing downtime across their store ecosystem, 33% of respondents believe more automation of systems will be the key to resolving these issues. The majority of c-store technology is device-based, meaning there’s a software application and operating system (OS) installed on every individual terminal or touchpoint throughout the store. Any time an update is needed, or a new store system is added, an entirely new installation of both the application and OS is required on each device. This is expensive and unsuitable for today’s disruptive environment, where speed to market is critical and travel is more restricted.

Transitioning to a software-defined store strategy (SDS) by virtualizing retail store systems reduces the cost associated with managing, monitoring, and maintaining store systems, providing c-stores with much greater resilience and control. A software-defined store strategy can specifically solve the most critical downtime pain points within a c-store’s IT ecosystem, including the payment controller, fuel controller, POS, store controller, and self-checkout among other touchpoints.

C-store retailers require continuous innovation and IT resiliency to evolve with consumer demands and deliver on the promise of convenience and safety. Based on IT and store operations manager insights, c-stores must find a way to evolve their cost structure and minimize touchpoint failure through technology, to make the customer experience and store operations more seamless. Virtualizing applications in the store makes this possible with automation high on the agenda.

Nick East is CEO and Co-Founder of Zynstra, an NCR Company.