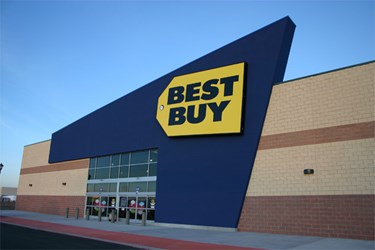 Retail analysts wonder if new initiatives of struggling electronics retailer are too little, too late

In an effort to reverse the trend of decline in its consumer-electronics business, Best Buy has begun work to improve its e-commerce site. Best Buy admitted that its e-commerce site is antiquated, at best. “It’s a 10-year time warp in some ways,” said Scott Durschlag, Best Buy’s new SVP of digital and marketing.

Bestbuy.com has been slacking compared to competitor sites like Amazon.com. The online store of Best Buy provides minimal details on items for sale, along with fewer, and less informative customer reviews than its rivals. Additionally, Bestbuy.com doesn’t (or cannot) customize merchandise recommendations for unique customers and until recently, product searches sometimes brought shoppers to products they did not search for. Considering online sales have been growing at a rate 3 times faster than brick-and-mortar stores for years, and 21 percent of all electronics sales occur online, it’s no wonder Best Buy’s e-commerce sales numbers have been lackluster.

Work has begun on improving the basic functions of the website, like product searches, but it says more advanced upgrades will take six or more months. In-store pick-up has been introduced to Best Buy’s web store, a convenience used in about 40% of the company’s online purchases. Brick-and-mortar retail stores will be used as fulfillment centers to prevent items from becoming out-of-stock online, which can deter sales. The retailer also plans to begin selling returned products online, which lost the company nearly $400 million annually (by selling these items to liquidators at a hefty discount), according to CFO Sharon McCollam. The creation of in-store boutiques and a policy of matching competitor’s prices have also been added to the agenda to improve Best Buy’s attraction to customers.

These efforts have caught the attention of investors, with Best Buy’s stock trading for close to $31 per share, up from around $11 per share eight months ago. However, these new initiatives and improvements are in question of being too little, too late by retail analysts. “It was as if Best Buy was coming to a gunfight with a knife and now their focus is on building an assault rifle,” said Colin McGranahan, a retail analyst at Sanford C. Bernstein. Meanwhile, online competitors, like Amazon, continue to expand and offer new initiatives in an already dominated market — where Amazon sells three times the quantity of electronics online as Best Buy.

Best Buy operates 2,000+ stores, under several different brands — CinemaNow, Geek Squad, Magnolia Audio Video, Pacific Sales, Cowboom, and Future Shop — across the globe. The effort and commodities necessary to operate this many stores in so many locations, creates overhead that online-only retail rivals simply don’t have. While the new initiatives planned by Best Buy are definitely improvements to the model of the past, it remains to be seen if they will be enough to revive the sleeping giant.