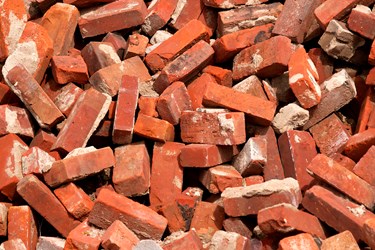 In April, Zappos began studying the habits of brick-and-mortar shoppers. Will Young, the director of Zappos Labs, assembled a team of Zappos employees to identify the habits of shoppers in physical stores — what people shop for, and how they do it, their interactions with other shoppers, how and why they view directories, and kiosks — and then mimic them online in hopes of getting shoppers to abandon the traditional stores for the Internet.

This may not be a bad move on the behalf of Zappos. Online retail sales in the first half of 2013 have totaled $100 billion. According to ComScore, that number will double. Mobile shopping is up nearly 25 percent from 2012, and “desktop spending” has also seen dramatic increases. Despite these significantly increasing numbers in e-commerce, they only account for about 10 percent of all shopping revenue. Young’s team is geared toward changing those figures.

Zappos, which is owned by Amazon, made a name for itself selling shoes and offering free shipping along with top-notch customer service. But now the company offers 150,000+ products and is making a major push into fashion offering the same service and convenience it does with shoes. This also seems to be a good idea by Zappos. The second quarter of 2013 saw apparel and accessories among the top categories for online sales, and was the top selling category for mobile sales, with more than $700 million between April and July. Fashion is a huge seller, and Zappos knows it.

This is where Young and his team come in. Zappos’ goal is to build a fashion community online while appealing to a very wide spectrum of customers, with an even wider spectrum of fashion preferences. Young’s team is in the experimental phase, brainstorming ideas about making shoppers feel like part of a community while browsing and purchasing from their electronic device. Some of the experiments include simple social products like the Zappos tweet wall, and more complicated and personalized tools like Zappos Weather, which recommends products based on the customer’s current weather conditions. Needless to say, some kinks still need worked out in these tools. Not all recommendations are accurate nor do they match the customers’ desires. These early flaws have made it difficult to get repeat users.

The most successful endeavor by Young thus far has been Glance, a weekly online fashion magazine showing products available on Zappos. While none of these experiments have translated into actual revenue, those who read Glance are making more Zappos purchases than those who don’t. Still, that number is still too small to give an accurate indication of success on a large scale. Tackling the key social aspect of shopping is an endeavor Young has put on hold. For example, asking friends what to wear or what to buy is a much easier task through phone calls, text messages, and sending instant messages while online.

There doesn’t seem to be much urgency from Zappos to get these projects off the ground. All of these experiments are affordable luxuries that Zappos has earned over time by gaining a loyal customer base in online footwear. It also doesn’t hurt Zappos having the resources of online retail powerhouse Amazon backing them up.