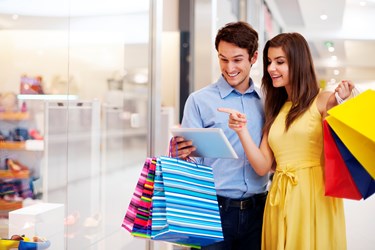 Current retail sales data shows that the percentage of retail sales placed through e-commerce platforms hovers at around 6 percent for U.S. retailers, however, a new study, “US Retail Ecommerce: 2014 Trends and Forecast,” shows that e-commerce influences a much larger percentage than just 6 percent of sales. The 6 percent of actual e-commerce sales does not factor in how many shoppers use e-commerce platforms for assistance in making shopping decisions. As more consumers shop cross-channels, the lines between e-commerce and in-store commerce are quickly becoming blurred.

The report illustrates what analysts have long suggested: clicks convert to brick sales. Measuring direct conversion rates is becoming more complex in the omni-channel shopping environment. The data shows that of the Internet’s 219.4 million users, 196.6 million users reported they planned to shop online in 2014 while 163.2 million users reported they would actually make a completely digital purchase. The disparity between the two numbers shows that the definition of “shopping” online needs to be widened to include those who webroom or shop online and buy in store. A 2013 report released by Accenture indicates that 88 percent of shoppers currently ‘webroom’; this percentage is expected to increase throughout 2014.

Scott Falzone, industry director of retail specialty at Google, commented, “interest in digital is increasingly focused on driving customers and shoppers into their store locations as well as continuing to have a growing ecommerce and mobile commerce presence.” Though once online and in-store sales were regarded as different sides of the fence, a shift toward a channel agnostic approach has started. According to Marshal Cohen, chief industry analyst with The NPD Group, though most stores are still learning online commerce, “once they figure that out, the next step is how do they take the online and meld it in with the store experience to enhance them both." Last month, Neiman Marcus realigned its executive structuring, shifting 187 workers into different roles within the company. The luxury goods retailer blurred the management lines between in store and online retail by crafting streamlined positions that reflect a new, channel agnostic direction.