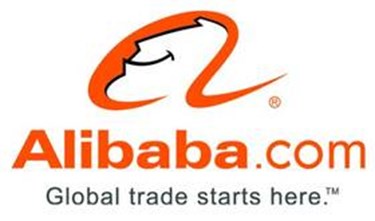 China’s largest e-commerce company Alibaba has announced it is going public and will be listing its IPO on a U.S. stock exchange. This transaction could be the biggest Internet deal since Google, Fierce Retail says, and some analysts are expecting this move to be particularly beneficial for retail start-ups.

According to John Backus, founder and managing partner of New Atlantic Ventures, “Alibaba and other foreign domiciled companies, once public, create a bigger pool of buyers for U.S. startups. More buyers means more liquidity in the buyer market, and can result in higher prices if more than one of [the investors] gets interested in buying a startup.”

According to Inc., analysts are expecting Alibaba’s IPO to raise up to $16 billion, putting its IPO in the same ballpark of Facebook’s which was the third largest IPO ever. Following its IPO, the company could see its worth reach some $130 billion. The company currently holds the ranking as one of the largest global e-commerce companies, boasting more than $150 billion worth of merchandise sold through its online platforms each year. The company operates the consumer-to-consumer e-commerce site Taobao.com and the popular business-to-consumer site Tmall.com. In fact, Euromonitor International expects Tmall, often compared to Amazon, to potentially overtake Amazon by 2015. The site has become the home to several prominent U.S. merchants that have been expanding their online footprints. Recently, technology giant Apple announced it would be joining the ranks of Microsoft, Nike, and Gap and 70,000 other merchants on Tmall. In addition, Alibaba also operates a business-to-business sales platform and an online payment platform like PayPal.

The announcement of the company’s IPO comes about a month after Alibaba announced its intentions to launch an online-shopping site in the U.S. called 11 Main. This site, launched through Alibaba’s subsidiaries Vendio and Auctiva, will offer consumers fashion, technology, and jewelry from “hand-picked shop owners,” Reuters says. An Alibaba spokesperson told Reuters that the company was excited about the launch of this site because of its entrepreneurial vision. “Alibaba is happy to support 11 Main,” the spokesperson said. “Alibaba is run by entrepreneurs and firmly believes in supporting entrepreneurs with great vision and a strong sense of mission for their companies.”