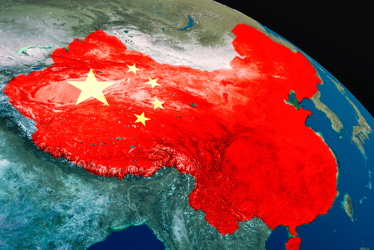 It is no secret that China’s digital sector and economy have gone through rapid growth and innovation. China’s digital economy is thriving, and the country’s development seems to be only going up. With ongoing 5G development and China making breakthroughs in 6G technology, it feels like the rest of the world is just now catching up.

Like so many tech things and eCommerce trends in China, these developments were not always invented in China and weren’t even the first place the tech was used. China is just the place that, as a nation, or as the government planned and said it would, rolled things out in a big way nationwide and pushed them forward. It had the advantage of, in many of these cases, not having a legacy system in place that needed to be uprooted first to lay out the new one or had no vested interest in fighting against newcomers.

But what exactly are the trends most popular in China that are seeping their way through into other markets? How are consumers responding to these trends?

Finding Immense Success In China, Live eCommerce Is Starting To Pop Up In Other Countries

What exactly is Live eCommerce? Live eCommerce is where brands or KOLs hold live streams, featuring all kinds of products. Viewers of the stream can engage through the chat function. The stream also has an “instant purchase” function where viewers can instantly buy the product(s) being showcased on the screen. Think television shopping network but on your device, much more convenient and with extra features.

Livestreaming has been a huge mode of eCommerce in China for the past few years, and in 2019, the number of live streamers and viewers combined reached 504 million. In China, Live eCommerce was purely driven by large live streamers such as Viya and Li Jiaqi. Chinese consumers would watch these streamers in search of the best prices online and product recommendations.

But big KOLs aren’t the only ones streaming. Chinese brands have started venturing into streaming as well. Brands would choose a brand representative to host the stream where they would go live for 3 to 8 hours daily to sell. These representatives essentially become virtual sales assistants that not only introduce the products’ features but also entertain the viewers. Right now, there are even virtual streamers in Taobao Live. A few people are also able to join in on the stream with their video camera on the streaming feature on Douyin.

Live eCommerce is no longer just a trend in China, it is THE way to sell. There are even trade schools in China that teach trade professionals how to be live streamers. It is a firm belief that live streamers are the salespeople of the future.

Foreign brands are starting to take notice of this success. Some companies in India like Popbazzar and Glance are actively pursuing this unique mode of eCommerce and are implementing these functions on their platform.

As you can see, the rest of the world is just starting and figuring out how to get this traffic. As mentioned before, this habit was formed in China through large live streamers and KOLs. However, in the West, big influencers and bloggers are considered celebrities. They are not the most comfortable with the concept of selling to their ‘fans’. In China, these big streamers got their start through selling where they’ve gained their following through the trust their viewers have in them.

A majority of Chinese people do not carry physical wallets with them, instead opting to use apps like AliPay and WeChat Pay as forms of payment. Making easy digital payments in China is just the standard. There are even a lot of kids in China that regularly make payments with their smartwatches. As China moves forward into a cashless society, other forms of digital payment have been on the rise in the country as well.

One of these innovative payment methods that China has rolled out includes facial-recognition payment (FRP). It is pretty self-explanatory. Payments can be easily made by just showing your face in front of a camera equipped with biometric facial recognition technology. This technology is mostly used in vending machines, supermarkets, and convenience stores. In fact, according to data from iiMedia Research, over 490 million people in China have used FRP.

One other payment method China is rolling out is the Digital RMB. China’s official digital currency is specifically used to replace physical cash. Zhou Xiaochuan, former governor of the People’s Bank of China, mentioned at the annual Tsinghua PBOC School of Finance’s Global Finance Forum on April 16 that this digital currency was created with retail in mind. With going cashless being China’s goal, it is most likely that the country will soon run on such blockchain-based currency.

While there are people in the U.S. who use payment methods such as Apple Pay and Samsung Pay, they never gained as much traction, for instance, WeChat Pay did in China. But is there a chance that this may change soon? Possibly. U.S. card issuers and VISA have hinted toward an increase in the availability of contactless cards in the future. There has been a growing demand from consumers for simple, secure and swift payment methods. It is inevitable for contactless payments, including mobile payments, to come back with a vengeance.

What is Community Group Buying (CGB) exactly? It is an eCommerce trend that grew significantly in popularity during the pandemic in China. It allows a community, mostly people living in the same residential compound, to buy groceries and other essentials in bulk at heavily discounted prices. According to Credit Suisse, the CGB market is expected to reach 2.6 trillion yuan by 2025.

But why did this method of purchasing work out so well in China? Well, it all boils down to three factors suitable culture, technology, and supply chain. People in China are known to love sharing with their neighbors, after all the country comes from a collectivist culture rather than an individualist one. There is also strong word-of-mouth among Chinese people. This is why Pinduoduo works so well with CGB as it has strong gamification and has the potential to spread content and go viral.

China also has a phenomenal supply chain. The supply chain has it set up where you can order items from a faraway province and get them delivered within 4 hours. In fact, a lot of items can be instantly delivered within an hour in China. Same day delivery and 1-2 days delivery are other common features. This is difficult to do in many other countries.

Webuy, a Singaporean eCommerce platform designed for CBG found success during the pandemic as well. There are around 3,000 group leaders on the platform that collate and purchase goods in bulk for over 100,000 consumers across Webuy’s three markets.

Digital dispatching has been all the rage in China for a while now. There are even drones that deliver items and packages to remote areas and the countryside in China. There are also unmanned robots delivering to office buildings and university campuses. China has truly shown what it means to have an ecosystem. Other countries should be able to learn how China can handle all this and how they were able to build this digital ecosystem.

Five areas are being transformed by technology, and that is new finance, new manufacturing, new technology, and new energy with new retail and data at the center. New retail is the strategy needed to redefine commerce by enabling seamless engagement between the online and offline world. It’s about building an ecosystem that blends online and offline channels in a way that features the consumer at the center.

China is the first country to really start building these ecosystems where companies are providing full-scale services to its consumers.

It can be seen that tech companies all over the world are starting to follow in China’s footsteps. They are moving away from social media and eCommerce and instead creating an ecosystem. Ultimately, they would be able to handle consumer data and insights, sell and deliver products, entertain customers, etc., all on their own.

China, in many ways, is building off of trends that have already existed this is especially true for the metaverse, smart home, voice assistance, green mobility, etc. But China is the first to implement these trends on a massive scale. Essentially, testing its favorability and efficiency through the biggest testing ground in the world. If any of these were to fail, it would fail fast. This has happened with Live eCommerce, where it didn’t work for the first 3 to 4 years, only having found success in its 5th or 6th year.

This shows that even if these innovations were to fail, there will still be a lot of work put into making them work. China is committed to the digital journey, and a lot more conceptions are going to come out from China. China has proved and will continue to prove these tried and tested concepts with a massive population in a massive territory. This shows that if it worked for them, then there are elements other countries can utilize in their own transferable journey.

So while trends will further revolutionize eCommerce forever, the journey is sure to be filled with drastic changes. In the coming years, we might see eCommerce completely taking a new form. But what will it be, only time will tell.

Ashley Dudarenok is a renowned China digital expert, serial entrepreneur, three-time Amazon bestselling author, vlogger, and female leadership spokesperson. She is a LinkedIn Top Voice in Marketing with thousands of followers, a Holmes Report Asia’s Top 25 Innovator, and made Thinkers50's Radar Class of 2021 as a “China digital marketing and trend guru”. In 2021, she received the Women Leadership Award by IPWS and was named the Young Business Leader of the Year. Recently, she was featured in Campaign Asia’s annual listing of Women to Watch in Greater China 2022 for marketing and communications.

Ashley is the founder of a China-focused digital marketing agency Alarice and China digital consultancy ChoZan. Her top-rated YouTube vlog covers China’s tech, the Chinese consumers, new retail ecosystems, and digital marketing. Ashley is a regular contributor and has been featured in BBC, the SCMP, Forbes, and Bloomberg, among many more outlets. You can find out more about Ashley and follow her work through LinkedIn, Instagram, Facebook, Twitter, and her website www.ashleydudarenok.com.