Email Marketing: How Top Retailers Fare When It Comes To Effectiveness 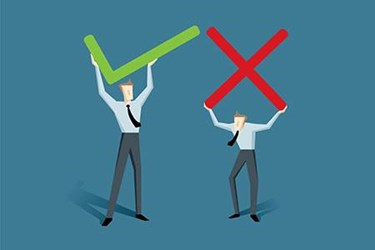 Email remains one of the most valuable marketing tools for today’s retailers. In fact, most will tell you their sales will drop if they stop sending emails and they need to watch their subscriber churn rates very closely. But beyond these measures, there’s been no real way to holistically view the general practices that can make or break a retailer’s email strategy — until now.

By exploring the email campaigns of nearly 140 top retailers and using publicly available email tracking tools, RSR Research — in partnership with email marketing campaign optimization provider Coherent Path — examined email strategies to determine which are working and those that aren’t. The report, which breaks down specific elements of emails that could be measured objectively across retailers, identifies places where retailers are over- and under-investing in their subscriber list.

While there are places retailers are implementing solid email practices, there are many more areas where there’s room to improve. After all, the average score across all retailers was a 51.7 of a possible 100 points — a failing grade — and Club Monaco, the top scoring retailer, only hit the C+ mark. However, by looking at three important email components — frequency, catalog exposure, and content — as well as other factors such as mobile optimization and strategies around discounting, we were able to glean insights on where email marketing needs to go in the coming year.

Too many? Too few? While there’s no magic number, the average number of emails sent per day is a highly contentious number in the retail industry. It’s a fine line between engaging your audience and driving sales versus abusing your list and unintentionally driving valuable customers away.

For email frequency, one email per day appears to be optimal for communicating with consumers. However, many retailers appear to be relying too much on too many emails, rather than making sure the one per day they do send counts. Retailers can take notes from the top scorers in this category — Old Navy, Dick’s Sporting Goods, and Hanes.

Exposing a breadth of products is an important way to make sure emails are relevant to shoppers, even if the main content of the email does not directly apply to them. In situations of unknown shoppers, the more categories exposed, the more opportunity for finding the categories that appeal to them.

At that rate, it will take most retailers more than three years to expose their entire catalog. However, there was a bright spot here: Fifty-one of the 138 retailers provided a header in all of their emails. For catalog exposure overall, Hudson’s Bay and Joss & Main were tied with a perfect score, and Neiman Marcus trailed close behind in the number three spot.

From email length and subject lines that match featured content, to the offers within and the channels in which consumers open them, content is extremely important. First, we looked at length. Like frequency, it's important for retailers to strike the right balance here — too long and consumers may never see the messages toward the bottom; too short and they may have missed an opportunity to serve up an appealing offer to customers.

We identified two full screen lengths to be optimal to cover the crux of email content, and 104 of the138 retailers consistently sent emails around that length. Results varied more when evaluating the emails whose subject lines matched the content within, however. While we thankfully didn’t find a lot of click bait, retailers seemed lazy when it came to creating a cohesive email. From generic subject lines — “You’ll Love This” or “Offer Inside” — there was little incentive for most consumers to scroll through an email, let alone click through to the retailer’s website. An overwhelming 63 percent of retailers matched the subject line to their email content 50 percent of the time or less, leaving a lot of room for improvement.

Although it was only one part of the content evaluation, mobile deserves a section all its own. After all, according to eMarketer more than half of emails worldwide (55 percent) were opened in a mobile environment in 2017, significantly more than either webmail (28 percent) or desktop (16 percent). So it may be a surprise to know 60 percent of the retailers evaluated sent no mobile optimized emails at all. In fact, only six retailers — Sport Chek, GNC, Timberland, H&M, Zappos, and Beachbody — send 100 percent of emails optimized for mobile.

However, most surprising was the fact 35 percent of retailers send mobile optimized emails some of the time — so the capabilities are there, but not being used consistently. Even though consumer behavior would suggest that mobile-optimized email should be a base expectation for any strategy, retailers are not there yet.

Lower perceived value, profit cuts, setting bad precedents; these are just some of the symptoms of relying too heavily on discounts. Despite the hype around discounts from a flurry of articles about its role in the “retail apocalypse” to the slew of Black Friday and Cyber Monday deals upon us, retailers actually fared well here.

Ninety out of the 138 retailers used an average amount of promotional language (39 percent of emails containing promotional language) in their emails, compared to the overall pool of retailers evaluated. While 11 retailers used no discount language in their email subject lines, 37 relied very heavily on discount language. However, 12 of those did so while also sending at least 75 percent of emails with no match between the subject line and the body of the email. While excess discounts are never a good thing, retailers should be sure that they’re delivering on their promise or risk losing consumer’s trust.

While some retailers are knocking it out of the park in certain areas, overall, today’s retail email programs have a long way to go. Email is far too important to simply go through the motions, and with these findings in mind, retailers can start implementing practices to win over consumers while improving their bottom line.