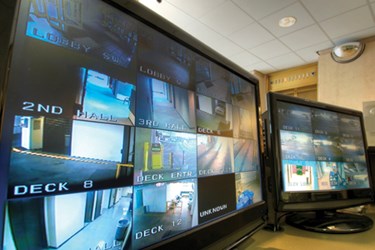 For as long as there have been retail, there have been shoplifters. As technology advances, so do ways to stop and deter shoplifting (and profit loss). In the tech-savvy Bay Area of California, a company called 3VR has been marketing facial recognition as a way to both stop would-be thieves and to increase in-store security. In-store cameras can both recognize shoplifters - and gage a shopper’s mood by intelligently reading facial cues.

Even though 3VR primarily focused on theft-prevention and security, it has now branched into reading facial cues as a new way to provide retailers with key consumer data. 3VR cameras that are currently installed in various retail locations will now be able to identify a consumer’s average age, previous shopping history, frequent shopper status, and craft what Jeff Karnes, the senior VP of marketing at 3VR, describes as “a better experience for shoppers.” This better experience, apparently, means a bit less anonymity in exchange for better personalization. Adi Kamdar, with the Electronic Frontier Foundation in San Francisco, stated that, based on how stores “see” each shopper, targeted marketing promotions could follow.

FaceFirst, a facial recognition software system, has just partnered with an undisclosed Fortune 500 company to launch its LP systems nationally. FaceFirst works by providing retailers with detailed alerts, based upon camera information, when shoplifters (previously identified as such) walk through the door at a given location. Alternatively, some of the more high-end retailers are using facial recognition technology to alert clerks when sought-after clients enter the store. The technology, designed by NEC IT Solutions, is currently in beta in several undisclosed boutiques and top hotels. Though Nordstrom had previously tried something similar using WiFi signals from customers’ cell phones, it had to stop amid privacy concerns. As facial recognition technology continues to advance, its uses are poised to exposed. Once privacy concerns can be resolved, the Internet of Things could move from reading sensors on mobile devices to simply reading faces.