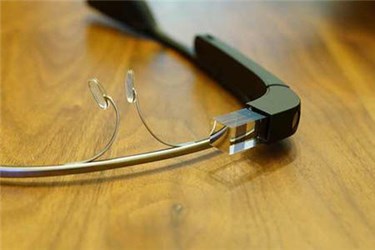 Google is looking to enter brick-and-mortar retailing with its first freestanding U.S. retail location in a neighborhood in SoHo — right around the corner from an Apple store, Mashable says. The 8,000-square-foot location is also going to be located across the street from eyewear company Warby Parker, which was rumored to be helping Google design frames for its up-coming Google Glass. There is no saying when the new retail store would be open. However, should Google sign the lease, the company would be able to put the Chromebook Pixel laptop, Google Glass, and other upcoming products directly in their customers’ hands and perhaps see more sales as a result.

This move suggests that Google has been paying close attention to Apple’s strategies and is looking to take a page from the company’s book. Indeed, Apple’s CEO Tim Cook told analysts last year that the Apple stores were ultimately the reason that the iPad became so popular. “There’s no better place to discover, explore, and learn about products than in retail,” Cook said in his statement. The same strategy has also worked for Microsoft and is in the works for Samsung, which plans to open 60 locations in Europe this year, Mashable says.

A little over a year ago, reports surfaced that Google was drawing up plans to open several Google flagship stores in the big, metropolitan areas in time for the 2013 holiday. According to 9to5Google, which first broke the news last February, the company was recognizing the benefits of allowing customers to get a hands-on experience before making a purchase. Similarly, as the company gets closer to going public with its wearable Google Glass technology, allowing customers to interact with the products would be the best way to encourage sales. Indeed, 9to5Google says that the decision to open stores came when Google began making plans to release Google Glass to the public. The company expects that few consumers’ would be willing to drop $500 to $1000 on Google Glass without being able to experience the technology first-hand.

Despite all the hype about the prospect of Google retail stores, this potential NYC store wouldn’t be the first time the company has gotten its feet wet outside of the online channel. The company has explored the concept of physical retailing with its Chrome Store-within-a-store model in hundreds of Best Buys throughout the U.S., as well as in 50 PC World/Dixon’s in the U.K. However, these locations were not set up specifically to garner sales. Rather, the company was hoping that these Store-within-a-store models, manned by a trained Google employee, would be a place customers could learn the value of the Chromebook and have any questions answered. Last fall, Google also helped Spice Global launch several AndroidLand stores in India, Indonesia, and Australia. These stores showcase and sell Android smartphones, tablets, and accessories, and provide trained employees to educate first-time Android owners about the devices. Google did not invest financially in these stores, though it did help design the stores and provided analytics data, trained staff, and supplied updates on the latest apps, BGR says.

How Wearable Technology Can Benefit Retailers