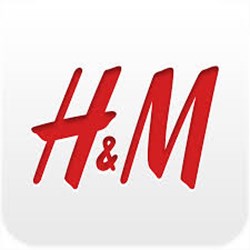 H&M plans to offer customers a new, high-tech brand experience this week with the opening of its flagship store at 4 Times Square. The flagship store — equipped with 300 employees, 44 fitting rooms, 24 cash registers, and longer hours of operation 7 days a week — is set up to manage high volume traffic and sales. The company and brokers alike both expect this pricy investment in Times Square will pay off, considering stores in that location often have higher sales volume.

To appeal to tech-savvy generation, this new store will feature a great assortment of technological improvements, including LED screens, light boxes with messages, and iPad stations in the fitting-room areas. The company also hopes to see success with the launch of a new try-and-buy program that enables customers to purchase goods right in the dressing-room area. In the high-speed digital age, investments like these can only help the company blur the lines between its new online and in-store channels and improve customers’ shopping experience.

While the company already has a wide presence in the U.S. — currently totaling 269 stores — there are still plans to continue its expansion in the states. U.S. President of H&M, Daniel Kulle, says, “We’ve established a strong brand. Now we can see that we can grow and expand in many markets in the U.S. There’s huge potential at the moment.” Indeed, H&M opened 40 new stores in 2012, and while Kulle has not announced a target number of stores for 2013, the company’s president says, “This is just the beginning.” According to Kulle, there are 314 million people in the U.S. The company’s expansion will only help expose the brand to new populations.

Some of H&M’s new destinations include the Roosevelt Collection in Chicago; Union Station and The Shops at Georgetown Park in Washington; the French Quarter in New Orleans; and City Place in West Palm Beach, FL, to name a few. In addition, flagship stores in Boston, Chicago, San Francisco, and other locations in NYC are being remodeled to reflect the brand’s new high-tech image.

Keeping in mind the pressing need to connect with customers through omni-channel means, the company also officially launched its long-awaited e-commerce site in the U.S. in August. While H&M has been in the U.S. for 13 years, it wasn’t until three years ago that it began promising consumers who live far from brick-and-mortar stores the option of turning to online channels to get the latest H&M fashions. The company began by selling select pieces from its Fall 2011 collection on fashion magazine Elle’s website. Despite popular demand for its goods online, the company hesitated to initiate a full-scale, online store in order to ensure security, IT, and supply chain issues were on solid footing. Now, with the launch complete, the company has future plans to reach out to the increasingly large number of mobile shoppers with an updated mobile app.

Overall, with its online launch, in-store remodeling strategies, expansions, and catalog marketing initiative, the brand hopes to reach a greater number of customers and provide them with a relevant shopping experience. While some reporters question whether all the company’s efforts will see ROI, H&M remains focused on extending its outreach through various channels to meet customers’ increasing demands for an omni-channel shopping experience.

Click here to see how retailers can use technology in the store to create a personalized experience.

Are you a retailer that wants to publish your opinion?

Contact us to become part of our Editorial Community.