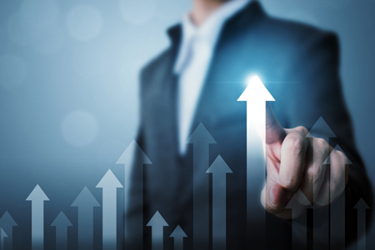 Founded in 1947 at Grandview Market in Edina, Minnesota by Jerry Paulsen, Jerry’s Foods, a national grocery store chain that includes Cub Foods, County Market, and Save-A-Lot, has a unique commitment to the customer and a strong history of excellence. For over 50 years, Jerry’s Foods has remained an integral part of their neighborhood, focused on being purposeful, family-focused and serving the smart shopper.

Jerry’s Foods has 50 national retail, grocery, liquor, and hardware store locations in the United States within Minnesota and Florida. With customer service as its top priority, Jerry’s Foods was in need of a modern business solution capable of keeping pace with the advances in technology, while remaining high-performing, self-healing, simple to manage and able to scale for future demands.

IT Challenges – The Essential Need For Uptime At The Edge

Before choosing Scale Computing, Jerry’s Foods was using a legacy virtualization system for its IT infrastructure, which was found to be costly, unreliable, and difficult to operate and manage. With only five full IT team members, and no IT staff on-site at its many grocery store locations, Jerry’s Foods needed a solution that could be clustered for high availability, managed remotely with ease, and have the computing power needed for on-site applications.

With Scale Computing, Jerry’s Foods has expanded its previous IT infrastructure at a fraction of the cost and now runs 70 virtual machines at the corporate office. Jerry’s Foods also has thirteen additional four-node systems, and a three-node mini system deployed at seven of their stores. The goal is to keep adding to these systems in order to eventually replace all of Jerry’s Foods’ previous servers in every one of its retail store locations and corporate office.

Scale Computing’s ability to deliver excellent levels of reliability and service for each of its multi-grocery store locations at the edge of the network was vital. “With no IT staff on-site, and with potential downtime costing us varying amounts reaching into the tens of thousands of dollars, downtime is not an option for us. I was blown away by the simplicity and functionality of Scale Computing HE150, which works extremely well. Our corporate and remote locations have a backup location that we can failover to, and within a minute and it can be turned on and brought up right away. It is safe to say I am sleeping better at night,” Miller continued.

With Scale Computing’s assistance, HE150 was deployed and implemented quickly in under two weeks, with edge computing, server, storage, virtualization, and disaster recovery in a single solution. “Everything has been a positive experience,” said Miller. “HE150 changed a lot of things for us at Jerry’s Foods. The implementation of the HE150 ended up allowing us to rearchitect our whole in-store strategy. It’s given me headaches in other areas because I did not plan to allocate that many resources this quickly. It makes too much sense.”

With only five full IT team members, and no IT staff on-site at its many grocery store locations, Jerry’s Foods needed a solution that could be clustered for high availability, managed remotely with ease, and have the computing power needed for on-site applications. Jerry’s Foods turned to Scale Computing HE150 for enterprise-class features that could be deployed quickly, managed locally and remotely, and provide self-healing technology to provide Jerry’s Foods with almost instant failover and minimal downtime.

Scale Computing’s emphasis on delivering market-leading levels of customer support has helped Jerry’s Foods throughout the pre and post-implementation process. Scale Computing views our Support and Service as an extension of its HC3 line of products. As Miller explains, “With Scale Computing, the support has been great. I even call them regularly to test them and they always have been helpful.”

With HE150, Jerry’s Foods now has an edge computing infrastructure that provides peace of mind for running on-site applications reliably, while still being easy to operate for a lean IT team.