Jos. A. Bank Sets Its Sights On Eddie Bauer 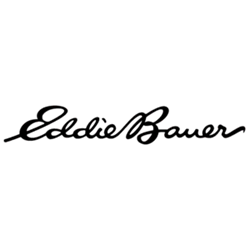 After months of battling back and forth with Men’s Wearhouse over proposed acquisitions, Jos. A. Bank has taken several more steps away from Men’s Wearhouse, and is looking into an acquisition of Eddie Bauer, sources familiar with the matter have told the Wall Street Journal.  Currently, very few details are known about the potential acquisition. However, the possibility of a pairing with another retailer shouldn’t come as a surprise to the industry, considering Jos. A. Bank has been quite clear it’s been looking into other opportunities.

Should Jos. A. Bank succeed in its acquisition of Eddie Bauer, observers believe that Jos. A. Bank will put a stop to Men’s Wearhouse’s advances. Indeed, Eminence Capital LLC, which WSJ says is one of the largest proponents of a merger between Men’s Wearhouse and Jos. A. Bank, filed a complaint in a Delaware court in January in an attempt to block Jos. A. Bank from making an acquisition. There is the fear that an acquisition could ultimately raise the price of the company and deter Men’s Wearhouse once and for all. As Mark Montagna, an industry analyst at Avondale Partners tells the Baltimore Business Journal, this move would also make a takeover of Jos. A. Bank more of a burden for Men’s Wearhouse because it would have to integrate two chains, rather than just one.

Should these talks with Eddie Bauer turn into a deal, it could make for an unusual combination with Eddie Bauer’s causal outdoor merchandise and Jos. A. Bank’s suits. However, according to the Baltimore Sun, retail experts believe that a marriage between these two could enhance merchandise offerings and give them each room to grow online. As Howard Davidowitz of Davidowitz & Associates says, “Eddie Bauer is a powerful casual brand. This can help Jos. A. Bank … This will add footsteps to their stores and bring in a younger customer …” Similarly, Mark Millman of Millman Search Group says that Eddie Bauer “taking a partner like Jos. A. Bank with their sophisticated [distribution and merchandising] systems would be a tremendous win/win for both companies.”

There is, of course, no answer yet as to whether Eddie Bauer and Jos. A. Bank will succeed in their negotiations, nor is there any indication of how serious these talks are. Some still believe this is simply a way to tease out more money from Men’s Wearhouse — a move Men’s Wearhouse explored with shoemaker Allen Edmonds in the early stages of what has now become a hostile and unusual takeover-courtship ritual.