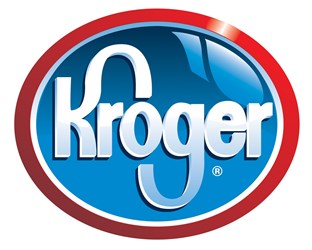 The Cincinnati-based grocery retailer, Kroger, has a new relationship with UK-based analytics company dunnhumby Ltd and the two have entered into a new joint venture known as 84.51°. The two were already in a joint venture partnership, but have replaced their existing venture with a new long-term license and service agreement, as well as assets from dunnhumbyUSA by Kroger. The two companies made the announcement via press release on April 27, 2015. Kroger will be acquiring most of dunnhumby's technology assets as part of the deal, though financial details of the arrangement haven't been disclosed.

As part of the deal, dunnhumby LTD will operate in the United States as dunnhumby rather than dunnhumbyUSA. The firm has offices in Cincinnati, New York, Boston, Chicago and Sacramento, and agreements with brands such as Proctor and Gamble and Coca Cola. dunnhumby calls itself a “customer science” company, and began when it helped UK supermarket Tesco establish a loyalty program known as Tesco Clubcard in 1994. However, recent reports of Tesco looking to divest dunnhumby globally has spurred Kroger to take action. The Guardian referred to dunnhumby as Tesco's “data empire,” for its ability to profile consumers.

More than 500 of dunnhumby's 700 USA employees will be employed by 84.51° and dunnhumby will continue to accelerate the growth of its business thanks to the new Kroger arrangement. The press release also states that dunnhumby can now tap the potential of North American market by working with new retailers and help evolve the field of consumer science. Kroger will have ownership of dunnhumby's technology, while dunnhumby will provide service and maintenance of the technology. However, they will no longer be allowed access to the Kroger data. Kroger will monitor its performance to develop new ways to innovate their loyalty program for customers. The grocery retailer was previously restricted in working with dunnhumby, but the new agreement is non-exclusive, and will let 84.51° use tools from other companies to analyze data. The companies call 84.51° an “innovation engine, focused on rapidly developing customer science, analytics and insights.”

“Kroger and dunnhumby revolutionized retailing in the U.S. by focusing on the customer, and we intend to do it again with 84.51°. We are launching 84.51° with a powerful foundation, including a decade of experience and a team of incredibly talented associates from both dunnhumbyUSA and Kroger. The ability to combine what we already know with other partners is exciting and will speed up innovation. We expect these innovations to grow our business and deliver a world-class customer experience," said Rodney McMullen, Kroger's chairman and chief executive officer. "We will continue to utilize data science for the benefit of the customer and to deliver a personalized experience, both in store and online.”

This year, dunnhumby is set to open a new 280,000 square foot building in downtown Cincinnati, a few blocks away from Kroger's corporate headquarters. The building has been under construction since 2012, and ownership of the property will now transfer to Kroger. 84.51°'s corporate headquarters will be in the new building, which will be renamed after the new venture, although The Cincinnati Business Enquirer reports the building's name could change again in the future, according to a quote from Kroger spokesperson Keith Dailey. The name 84.51° refers to the longitude of the venture's headquarters at Fifth and Race streets.

“We are excited to bring our insights and capabilities to more of the American market and to continue our relationship with Kroger over the next five years" says Simon Hay, chief executive officer of dunnhumby Ltd. “The wider US market is a fantastic opportunity for dunnhumby to help more retailers and brands undertake a similar journey using data-informed insights to delight their customers and earn their loyalty.”