Mobile POS To Shake Up POS Industry In 2014 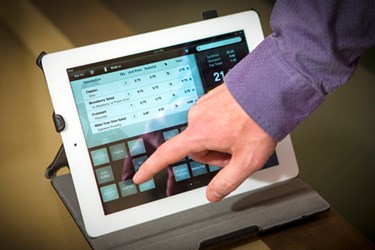 As consumers and merchants grow more comfortable with the notion of mobile payments, mobile POS devices are expected to explode in the market. The IHL Group announced that mPOS device shipments are expected to grow more than 95 percent worldwide and encounter over 108 percent growth in North America in 2014. As Greg Buzek, IHL Group president, says, “This move to mobile POS in certain segments is radically changing the face of retail and hospitality, particularly mall-based retailers. The number of devices used by department stores, apparel, and shoe stores in particular will nearly triple this year.”

IHL says that mPOS device adoption thus far has occurred more regularly in the apparel segments of the retail industry. In mPOS’ earlier stages, Apple was the leader, primarily because Square provided card readers that worked with any iPhone or iPad, Buzek says. Indeed, during 2013, 47 percent of total mPOS shipments were iOS devices, compared to Android at 33 percent and Windows 8 at 12 percent. Apple currently has a dominant share of mPOS today (39.9 percent). However, as larger enterprises have begun to adopt Windows for POS, Apple will be facing more competition from Microsoft Windows 8 and “more ruggedized devices” as more stores begin adopting mPOS. iOS growth is expected to slow during 2014, while Android and Windows 8 are projected to grow at much higher rates worldwide — 104.6 percent and 128 percent respectively. In North America, Windows 8 is projected to grow 183.9 percent. The brands with the greatest shipment growth potential in 2014 are Motorola Solutions, Hewlett Packard, and MICROS.

IHL Group predictions are also supported by new research from Smart Insights. According to a new Smart Insights report, mPOS unit shipments are expected to grow at a CAGR of 40 percent between 2013 and 2018. Over 52 million mPOS units will be shipped in 2018, threatening the traditional POS vendors. The growth of mPOS will lead the traditional POS industry to lose 9.7 million units in shipments in 2018. In fact, by 2018, Smart Insights predicts that the installed base of mPOS will be larger than that of installed POS terminals worldwide.