Near Record Expectations Forecasted This Halloween, According To NRF Study 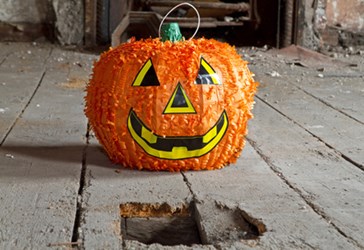 One third of consumers will begin Halloween shopping before October

Retailers have been busy stocking up on holiday shopping merchandise and gearing up their holiday campaigns earlier than ever this year. The cool weather of fall is rolling in, but the snow isn’t flying just yet, and consumers aren’t expected to get in the mood for turkey and eggnog before they feast on candy and apple cider. “After a long summer, the arrival of fall will put millions of Americans in the spirit to partake in traditional and festive activities,” says NRF president and CEO Matthew Shay.

This year, nearly 158 million consumers will take part in Halloween activities, according to the NRF’s survey conducted by Prosper Insights & Analytics. This comes in slightly less than last year’s record high for the survey, 170 million Halloween participants. Those celebrating the eve of All Saint’s Day are expected to spend slightly less ($75.03) on supplies, costumes, and candy than last year ($79.82). Despite the drop, this year’s celebrations will still hold lots of promise as far as sales in retail is concerned. “Still one of the most beloved and anticipated consumer holidays, Halloween will be far from a bust this year,” says Shay. Since 2005, Halloween spending has increased more than 50 percent, with total spending expected to reach nearly $7 billion in 2013.

Costume sales are forecast to be the driving force for retailers. According to the survey, nearly 44 percent of people plan to dress in disguise on Halloween, spending $2.6 billion on costumes, masks, and accessories. There is an almost even distribution in predicted sales between children and adult costumes, with the figures being $1.04 billion and $1.22 billion, respectively. Of those kids and adults choosing to make their own, or buy a costume, the average consumer will spend almost $28 on the costume and/or the materials for it.

And let’s not forget about those little trick-or-treaters. Children dressed up as ghosts, goblins, vampires, and witches will be receiving a good amount of loot this year, as consumers are predicted to spend $2.08 billion on candy. In addition, scarecrows, skeletons, fake spider webs, fog machines, and other festive decorative items will bring in nearly $2 billion in sales. This is second only to Christmas as far as sales in décor are concerned.

It is also important to note that this year’s survey asked people when they would be shopping for Halloween. The survey reports that almost one third of consumers begin shopping before October’s arrival. The remaining 67 percent split October in half, 44 percent shop in the first two weeks of the month while 23 percent shop in the final 14 days of October. Despite the efforts of retailers to push the holiday shopping season — which accounts for up to 40 percent of any given retailer’s annual sales — forward, it seems the fun, and sometimes frightening, essence of Halloween is immune to being bumped out of the way by the holly jolly Christmas spirit.