Nodecraft Levels Up And Saves 85% With Backblaze B2 Cloud Storage 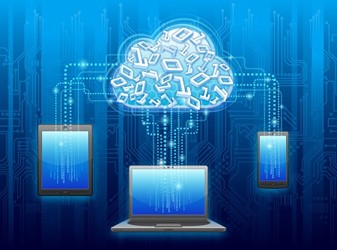 Nodecraft is a small team of gamers who believe that online multiplayer gaming can be better. Their platform is built to allow consumers to get in-game faster and easier than the off-the-shelf systems that other game providers use. James Ross is a Co-Founder, CTO and most proudly serves as a community manager at Nodecraft.

Ross and his colleagues had just agreed to an aggressive expansion of their business. They had initially found success providing game server hosting for the Minecraft community, and had grown substantially, earning a strong following in the gaming community for providing services at fixed, fair prices. Yet the team knew that they would have to diversify their portfolio to keep growing — and that day had arrived. They decided to rewrite their core product Nodepanel into a more dynamic cloud multiplayer platform and dramatically expand the number of games their hosting servers could support.

As Nodecraft’s CTO, Ross knew his team could make everything work technically; and as a part-time community manager, Ross believed gamers would flock to their newly supported games. Ross only had one worry: could Nodecraft afford to be successful with Amazon S3 as their cloud storage provider?

Developing their own technology to deliver the best experience for the gaming community had always been a critical strategy for Nodecraft. On January 17, 2018, the company launched the NodePanel 2 game server management platform with support for 12 games. They met with tremendous success.

With NodePanel 2, customers who had previously enjoyed Nodecraft’s Minecraft hosting service could now instantly swap their game server to any supported game. To enable this, Nodecraft provided a server save-state system that captured and stored all of the game settings, world files, player status information, and more, so they could be archived and instantly restored at any time in the future. This enabled teams of gamers to swap into a new game server environment instantly.

With this new feature, customers could now move from game to game without fear of losing their hard-earned experience, loot, and world builds they worked on with their friends. Nodecraft’s customers could host a gaming team playing Minecraft on Saturday, Terraria on Sunday, and Counter Strike: GO on weeknights — all using the same easy-to-use service. As popularity grew, the number of supported games more than doubled in the first year alone.

The state of each game and all of the associated files needed to restore the game environment ranged in size from 500 megabytes to over 15 gigabytes. Any customer around the world could decide to re-enter a game they had stored at any time and expect to retrieve all of that content immediately.

Another critical strategy at Nodecraft was to architect their service delivery for fastest delivery to customers all over the world. Almost from the beginning, Nodecraft built their game distribution network around Cloudflare’s cloud network platform. This allowed Nodecraft to deliver content to their customers faster by using Cloudflare’s 155 points-of-presence around the world. Nodecraft also relied on Cloudflare for DDoS protection, Cloudflare’s Argo Smart Routing for intelligent network routing, and more.

Yet, with the introduction of game swapping, data storage for all of the customer server game-save files began to be a concern. When a customer saved a game, it was stored in Amazon S3. Later, when the customer wanted to play that game again, the saved version had to be retrieved from S3 and transported over the Cloudflare CDN to the appropriate Nodecraft game server. This meant that every time a game was retrieved, Nodecraft paid Amazon for storing customer files in S3, and also paid S3 an egress fee to download the game to Cloudflare. Game swapping created more data files to store for each customer, and each file incurred an egress fee when downloaded.

Nodecraft, which prided itself on providing its service levels at a fixed price, now found that storage and egress costs were quickly eating away at the success of their new game swapping feature.

Enter the Bandwidth Alliance, a group of forward-thinking cloud and networking companies committed to discounting or waiving data transfer (also known as bandwidth) fees for their shared customers. The Nodecraft team were already familiar with Cloudflare but was intrigued by Backblaze’s offering of cloud storage for less than 1/4 the cost of Amazon S3. In addition, as a member of the Bandwidth Alliance, Backblaze charges $0.00 in egress fees to download data to Cloudflare, effectively creating a zero-cost data movement bridge from Backblaze B2 Cloud Storage to Cloudflare’s global content delivery network.

Nodecraft realized that with a single change they could dramatically reduce their cloud storage fees, and all egress fees as well, but first they would need to shift their existing customer backup files to Backblaze.

Nodecraft’s DevOps team swung into action, and with a combination of Python tools, shell scripting, and the Nodecraft and Backblaze APIs, they moved more than 23TB of customer backup files from Amazon S3 to Backblaze B2 in only 7 hours.

"The combination of Cloudflare and Backblaze B2 Cloud Storage saves Nodecraft almost 85 percent each month on the data storage and egress costs versus Amazon S3."

Ross estimates that the savings of combining Cloudflare and Backblaze B2 Cloud Storage saves him almost 85 percent each month on the data storage and egress costs versus Amazon S3. With these savings Nodecraft is free to continue adding new game titles to their platform without having to worry about the wildly popular game swapping feature crushing their bottom line. Best of all, they can focus on making private online multiplayer gaming server experience great and continue to provide their services at prices that are fair and affordable for all of their customers.