Nordstrom To Increase Technology Investments In 2014 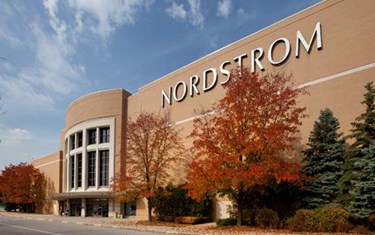 Nordstrom is looking to spend more of its capital expenditure on technology this year than last year. According to Retail Info Systems News (RIS), the company will be spending 30 percent of its CAPEX on technology investments, compared to 20 percent in previous years. In particular, Nordstrom plans to turn its attentions to its technology platform, fulfillment capabilities, and personalization to keep up with omni-channel and its smartphone-savvy customer base.

Like many retailers, Nordstrom expects that its online business will remain its fastest-growing channel. In order to keep up with the rising interest in online ordering, the company recently announced its plans to open a new fulfillment center in Elizabethtown, PA. The new fulfillment center should help ensure a quicker delivery of goods to East Coast customers ordering from Nordstrom’s mobile app, catalog, and Nordstrom.com.

Last fall, the company also announced its plans to equip stores with more technology in order to bridge the gap between bricks-and-mortar and online. For one, the company rolled out mobile devices and tablets in store to make its POS mobile, RIS says. The company also announced its intentions to install iPads in its dressing rooms to support the omni-channel shopper. As Jessica Scheibach for Nordstrom Direct said, “We are focused on looking at in-store experiences. We want to marry the online and store experiences.” Of course, by introducing tablets into the dressing rooms, the company stands to improve customer service by enabling customers to look up whether an item is available in a different size or color in the store or in a nearby store. However, installing iPads in the dressing room could also draw more in-store customers onto the online site and encourage an online sale, especially if they item they are seeking is unavailable in-store.

This year, it seems that mobile is going to be a number one priority. As the number of smartphone owners continues to increase, the retailer is looking to guarantee a positive mobile experience for its customers. James Nordstrom, EVP of Nordstrom Direct says, “You’re going to see some pretty big improvements to our mobile site that we’ll be rolling out later this spring.” However, Nordstrom is also aware that the company has a lot of work to do in order to keep up with how quickly the retail landscape is changing. EVP Nordstrom tells RIS, “I think we have to be cautious in that things are changing. There’s a lot of newness that keeps coming out and our line of sight in that world is really only roughly a two or three-year period. To say that we’re going to reach a peak and then it’s going to stop, I think, would be misleading on our part.”