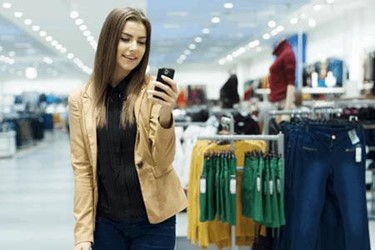 Appearances are often misleading, and that has certainly been the case with the retail industry. Despite predictions of its demise, retail is here to stay. However, it is undergoing a profound transformation to meet shopper demand for a “frictionless, tech-driven and immersive” in-store experience, according to the RIS “Retail 2025 Shopper Study.”

The study forecasts the evolution of digital and physical retail five years into the future, and predicts that technology-intensive “smart” stores will replace traditional retail locations. The study’s most surprising revelation is that younger shoppers, aged 15 to 17, are more likely to shop at physical locations than online – and may even save shopping malls, which have been on the decline. “This generation may be the ones who will bring back the popularity of in-store and mall shopping in the years to come,” the study says.

Further proof of retail’s resilience comes from an IHL study, “Retail Renaissance,” which reveals that retail chain closures declined in 2019 in comparison to 2018. The number of chains that closed stores dropped to 206 in 2019 from 612 in 2018, a 66% difference. What’s more, retailers in 2019 have announced 2,965 more openings.

“The health of retail is widespread, and those retailers that are sick are limited to a focused group,” the IHL study says. Company-specific issues such as debt, over-expansion and poor business models are more to blame for the closures than some overall industry malaise, the report suggests. IHL also points out that apparel stores have been the most affected by closures because there were too many of them. Other retail segments, including restaurants, grocery stores and drugstores, are doing well.