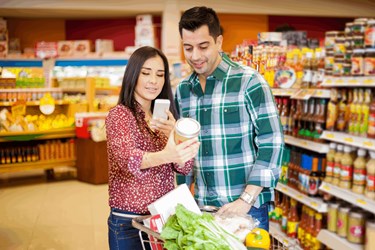 As the response and recovery to the COVID-19 pandemic continues, it has become clear that the crisis has ushered in a new reality for consumers and retailers. Some of the most dramatic effects have been to consumer behavior—how people buy, what they buy, and where they buy it.

In a matter of 90 days, we have vaulted forward ten years in U.S. e-commerce penetration. Immersed almost exclusively in the immediacy, convenience, availability, and safety of digital experiences for those twelve weeks, consumers reset their expectations and preferences and forced retailers to change their trajectory, priorities, and operating model. Yet even as an economic downturn has put increased pressure on retailers, this generation-shaping event has opened up entirely new fronts in the competition for customers.

To better understand how the changes taking place in consumer behavior and priorities might impact retailers, Periscope by McKinsey surveyed more than 2,500 consumers in the US, UK, France, and Germany to understand how consumer behavior is changing. Conducted both before and during the shutdowns, it looked at what changed and what trends will likely stick in the coming months, showing several core themes that have become evident among consumers.

Rather than sticking to familiar patterns and brands, consumers have embraced change amid great uncertainty. In the US, loyalty was particularly vulnerable as 46 percent of consumers said they tried new brands or made purchases with a new retailer between March and June 2020. Respondents’ top reason for making the switch was due to competitive pricing; however, almost a third (27 percent) switched to empathetic retailers that supported their employees during the pandemic with initiatives such as increasing wages, giving extra sick leave, or paying for lost wages.

The flight to digital and increased customer expectations have created new challenges for how retailers serve their customers. Whether they are digital tools such as screen browsing, easy mobile payments, or ordering online with seamless curbside or in-store pickup, shoppers want technology to elevate their shopping experience. Yet, in the first run of our survey, more than 35 percent of shoppers reported zero exposure to even the most talked-about or basic in-store technologies such as digital screen browsing and mobile or contactless payments.

In the second run of the research in June, consumers were then asked which forms of communication/experience they would like to see offered by retailers soon. 30 percent of U.S. consumers voted for mobile payments, 28 percent for mobile app orders, and 25 percent said that they were interested in apps to scan barcodes.

Unsurprisingly, e-commerce spending has surged during the shutdowns as the appetite for digital and contactless ways of shopping has intensified. In the US, it was up more than 30 percent from the beginning of March through mid-April, compared to the same period the previous year (market research firm Rakuten Intelligence). Also, there was higher shopping activity in several categories, with the biggest uptick in apparel, children’s products, beauty, and grocery.

While free delivery and returns and fast delivery continued to be the important features for consumers when purchasing online, several digital attributes skyrocketed in value during the crisis. When asked what counted toward a great online browsing experience, the importance of informative product descriptions and clear product images at a time when consumers couldn’t see, feel, or test products in-store ranked as one of the top three factors for 56 percent of U.S. shoppers (up 13 percent from March).

Safety and hygiene are now evidently top-of-mind for consumers. 58 percent of U.S. respondents said they want stores to follow guidelines to help keep shoppers and employees safe, such as the installation of plexiglass at the checkout, the use of masks, and availability of hand sanitizers, while 57 percent said it’s important for stores not to be too crowded.

As the importance of a frictionless experience has become more prevalent, the importance for consumers to be able to find what they’re looking for quickly and easily has increased by 11 percent in the U.S. since March and was ranked among their top three browsing priorities, especially by 65 percent of U.S. consumers. While 58 percent of shoppers questioned in early June stated that fast checkout was an important part of a great purchasing experience, having friendly staff at the checkout also was rated highly by almost half (47 percent) of consumers (up 10 percent since March), revealing that the “personal touch” has been considered more important than ever during these unsettled times.

While disruption and fierce competition are certainly nothing new for retailers, the pace and intensity of COVID-19-related change and effect on consumers are unprecedented. This is a pivotal time when we’re seeing not only changing loyalties and a shifting leaderboard, but also an opportunity to connect with consumers in new ways as they reformulate their habits and decision journeys. As retail leaders plan how they will bounce back, they also need to look beyond the immediate challenges and issues. In parallel to quickly recovering revenue, it is critical to engage in long-term planning and accelerate future growth.

By Brian Elliott is a Partner, Founder & Head of Innovation at Periscope by McKinsey.