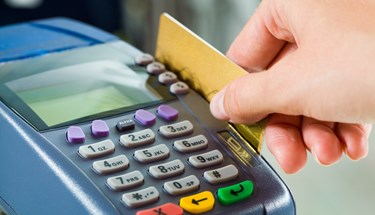 U.S. District Court Judge Richard Leon ruled in favor of an alliance of retail groups on July 31, denying a rule created by the Federal Reserve in October, 2011. The rule set a cap on fees banks are able to charge merchants in the handling of debit card purchases.

Judge Leon said the Federal Reserve’s rule “disregarded Congress’ statutory intent by inappropriately inflating all debit card transaction fees by billions of dollars and failing to provide merchants with multiple unaffiliated networks for each debit card transaction.” Prior to the October 2011 ruling, the fees were negotiated between banks and unique merchants and were based on a percentage of each transaction’s price.

The coalition of retailers sued the Federal Reserve, which set the cap at an average of 24 cents per debit card transaction. Previously unregulated, this “swipe fee” averaged 44 cents. The Federal Reserve proposed an initial 12 cent cap, but retailers argued the Federal Reserve caved under pressure of bank lobbyists when the cap was set higher. Now, a new rule must be created by the Federal Reserve. In the meantime, the current rule will remain in effect. The next hearing was set by Judge Leon for August 14 and will determine what happens next.

The National Retail Federation (NRF) was one of the plaintiffs in the coalition of retail groups. After the Wednesday’ ruling, it issued this statement: “Congress clearly told the Fed to introduce competition and transparency into the debit card marketplace by making multiple networks available, so as to reduce swipe fees for merchants and their customers. The Fed failed to do so, and the court rightly ruled against them as a result. Today’s decision is the first step in setting these initial wrongs right and will ensure that swipe fee reform is done correctly.”

The victory for retailers comes as a big blow to banks, which are already having difficulty creating revenue with interest rates at historic low rates. Banks argue swipe fees are necessary to cover fraud prevention costs and will have to charge customers in other ways to make up for lost revenue.