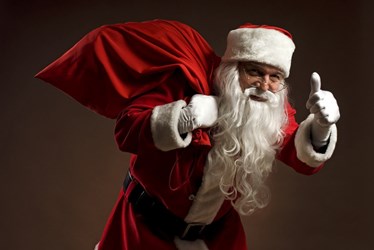 The International Council of Shopping Centers (ICSC) predicts the 2013 holiday shopping season will see sales increase 3.4 percent this year. The prediction takes aim at the important November and December shopping period, when retailers make up to 40 percent of their annual sales.

The increase in holiday spending can be attributed to improvements in U.S. job and housing markets over the last year. However, the slow turnaround has not been enough to sustain high levels of spending. The struggle between small wage gains, higher payroll taxes, and increased costs of living have kept gains in retail sales tepid, at best. “We're going to see a more subdued spending mood from consumers, but what counts is that we're on track to have a better holiday sales season that last year,” says Michael Niemira, VP of research and chief economist for ICSC. Last year, retail sales in November and December climbed 3 percent.

The prediction of ICSC matches the results of a study released by Baynote, a service provider for omni-channel retailers, in early August. Baynote concluded that through customer experience, omni-channel retailing, and time-specific sales and promotions retailers could expect “cautious optimism” in sales this holiday season.

This year also brings a shortened window between Black Friday — the day after Thanksgiving and normally the biggest shopping day of the year — and Christmas. Thanksgiving falls later in November this year than last year, giving shoppers only 25 days to shop (excluding Christmas Eve) before Christmas, as opposed to 2012’s 32 days. This smaller time frame could act as a sort of “blessing in disguise” for retailers for two reasons. One, the beginning of the Jewish holiday Chanukah coincides with Thanksgiving Day this year. This could give a week or more extension to the holiday shopping season as Jewish families prepare for eight nights of gift giving. And two, the shortened shopping window forces consumers to do their shopping in a timelier manner, preventing procrastination. Having shoppers out and about, not idle at home thinking, “I can put holiday shopping off another day,” will force consumers to spend, which, in turn, increases the chances of impulse spending.

The ICSC forecast also includes figures regarding holiday hiring. The research firm predicts hiring seasonal workers to increase by half a percent over last year, industry wide. ICSC’s forecast is much more optimistic than another firm, Challenger, Gray, and Christ, which predicts drops in seasonal hiring due to low consumer confidence and stores increasing their efficiency.

The retail industry is still waiting for the most anticipated survey regarding the holidays. The National Retail Federation (NRF), the nation’s largest retail group, will release its predictions regarding retail and the holidays in early October. The NRF survey was a bit optimistic last year, predicting sales gains of 4.1 percent for the holiday season. With any luck, and maybe a little help from shoppers getting in the holiday spirit earlier than ever this year, the optimistic holiday season forecasts will turn into reality.