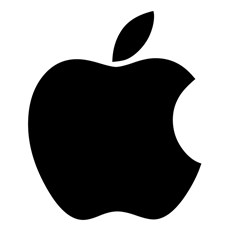 Since its launch six months ago, Apple Pay has been gaining ground on PayPal, according to a new survey by 451 Research, the results of which were announced this week. The survey was conducted in March, and featured 4,168 primarily North American respondents. 451 Research examined several factors in the survey, including perspective on security, customer satisfaction, and usage of Apple Pay. ChangeWave Research is a service of 451 Research. ChangeWave surveys monitor trends in consumer spending behavior, telecom demand, and corporate purchasing. The company is dedicated to identifying and reporting the changes in these areas, and shared their findings in an announcement on the 451 Research website on April 21, 2015.

The survey asked about planned use of mobile payments within the next 90 days, and survey results showed respondents were highly interested in the technology. One quarter, or 25% of smartphone owners said they were likely to use a mobile payment app over the next 90 days; 11% said they were very likely, and 14% indicated they were somewhat likely. The results shows a six-point increase over last year's survey with the same question. Responses differed between operating systems, as well, with iOS smartphone users twice as likely (34%) to use mobile payment apps over Android (16%), BlackBerry (13%) and Windows Phone (5%) users.

“Our latest survey shows planned use of Apple Pay has been on an upward trajectory since it became available six months ago – with the service helping to spark consumer demand for mobile payment technologies,” says Andy Golub, Survey Research Director for 451 Research in a press release announcing the results. “Although consumer perceptions of security remain an issue, the results point to marked improvements in this area.”

451 Research gauged consumer perception of competing mobile payments options, and asked which mobile payment option they were planning to try, 45% said they planned to use Apple Pay, a number representing a five-point increase since December's survey results. PayPal came in second place at 28%, however, responses were down by four-points compared to results of three months ago. This is an indicator that consumers clearly viewed Apple Pay as a viable alternative to PayPal. The survey also questioned satisfaction rates by respondents currently using mobile payment apps, and Apple Pay outranked PayPal when it came to customer satisfaction, with 66% indicating they were Very Satisfied with Apple's payment system. PayPal again followed with 45%, trailed by Google Wallet who ranked at 33% in satisfaction.

“The introduction of Apple Pay has catalyzed a wave of strategic moves across the mobile payments ecosystem,” says Jordan McKee, 451 Research’s Senior Mobile Payments Analyst. “In the wake of Apple’s entrance, Google and PayPal have made significant acquisitions, while players such as Facebook and Samsung are rolling out payment products to remain competitive. Moving forward, the pace of activity will only accelerate as vendors look to capitalize on the growing contactless payments infrastructure and secure a foothold in this rapidly evolving sector.”