The Pros And Cons Of Going Serverless With Your eCommerce Platform 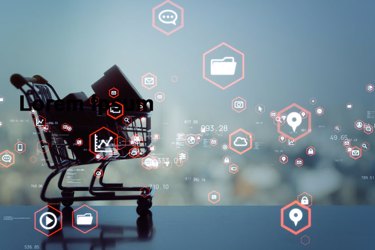 eCommerce platforms do more than just provide an environment for retailers to sell a product. These websites incorporate personalized recommendations to support increased sales, dynamically price top-selling items and strategically guide the customer from discovery to checkout.

The days of storing data in a physical server in the retailer’s headquarters are long gone (some retailers don’t even have offices anymore!). But retailers still have a variety of options for how to manage servers for an eCommerce platform.

Cloud computing has ushered in an era of innovation, including the concept of serverless architecture. In fact, the serverless architecture market is expected to grow 30% by 2027. Going serverless doesn’t mean there are no servers; managed services ensure retailer databases are efficiently running behind the scenes, freeing up time for a retailer’s development team. The benefit to serverless is that the retailer is not responsible for downtime or operational work.

Deciding whether or not to make the switch to a serverless architecture is more complex than it may seem. Retail CIOs or eCommerce directors will have to consider the types of servers available, as well as the benefits and potential pitfalls associated with each type.

Initially, when a developer built an eCommerce platform, they were responsible for monitoring the health of the hardware (the physical server) and the software.

Cloud virtualization soon overtook this method; virtual environments removed the need for a physical server entirely. Then, containerization helped retailers use fewer resources on the back end, ensuring they were only running the software that was necessary at any given time.

From there, server innovation continued to advance until we reached today’s latest and greatest – serverless architecture. With serverless, a retailer’s developer team can focus on writing the logic needed to operate the eCommerce website, without worrying about how it will run. The cloud provider, whether it’s AWS, Azure, or another vendor, will then manage scaling, downtime, and other operational tasks, freeing the retail team to focus on their user experience.

The benefits of switching to serverless architecture are numerous and wide-ranging. Yet, perhaps the most consequential are the cost efficiencies, decreased operational overhead, and increase in time available to invest in the future instead of maintenance.

As mentioned previously, serverless architecture costs are based on usage at a very granular level, so developers are never paying for more than they use. For instance, if the eCommerce platform isn’t using server space to actively calculate new promotions, the retailer won’t be charged for the use of that capability. The cost reductions made possible by solutions like Amazon Web Services or Azure are particularly apparent when compared to the potential costs of running owned servers.

It is important to note, however, that serverless costs do not always scale linearly. As the retailer grows and improves its eCommerce platform, CIOs should compare the retailer’s goals with the capabilities of the architecture. Luckily, most of the major platforms like AWS and Azure have autoscaling opportunities. Developers can test their software against increased search requests and a higher volume of sales at any time and anticipate where developmental support may be needed later.

Operational overhead is also reduced significantly by serverless architecture. Commerce solutions can operate for years without any incidents. Developers used to have to devote time to setting up processes that tracked the health of the server, fine-tuning various systems, and resolving issues. Now, the software can run without a second thought, giving developers the chance to be more strategic in their efforts to optimize the eCommerce website’s profitability over time.

Do be aware that placing maintenance efforts in the hands of a cloud provider may provide benefits, but it also creates risks. If the provider experiences downtime, so will the retailer. This being said, downtime is still more common with an internally owned server.

Luckily when it comes to servers owned by giants like Amazon, if one platform goes down, so does a large portion of the internet. If Amazon, Pinterest, Etsy, and Netflix are all experiencing downtime, customers are going to be more understanding. The issue is visibly beyond the retailer’s control.

With less maintenance comes a series of other benefits including reduced team sizes and the ability to refocus efforts. The same team that would have been tasked with mitigating potential server incidents can now reallocate their time toward more immediate and more strategic needs.

For instance, before a day like Cyber Monday, retail developers can scale up search capabilities or transaction speeds to withstand the impending rush of demand instead of worrying about the server’s capacity. In the long run, this same team can shift their attention toward designing better customer experiences like quicker paths to checkout and better search and recommendation algorithms.

Along with most technological innovations, serverless architecture is not one size fits all. There are a few major caveats to consider when deciding whether or not to invest in serverless. Retail CIOs will want to consider the extent of functionality needed and ensure that the cloud platform will suffice.

First, some cloud platforms won’t have a serverless service that matches the quantity of back-end work needed to run an eCommerce website. For instance, AWS Lambda can’t exceed 3 GB of memory or run longer than 15 minutes, making it unsuitable for certain workloads.

Retailers often pull data from a wide range of partners for a single product. So, for larger retailers that need to code hundreds or thousands of SKUs a day, AWS Lambda will not be able to keep up with the maximum workload or run-time.

On a typical server, if a system became overworked, the eCommerce platform would shut down. With serverless, however, the platform will scale to meet the demand, and the costs will follow suit.

While this is the ideal reaction for genuine platform growth, malicious attempts to overwhelm a server with a fake flood of internet traffic can occur. If eCommerce developers do not anticipate this problem and incorporate the appropriate controls, a deviant attack could be costly. Luckily, most cloud platforms have limits that can be configured to mitigate this.

Reliance On One Provider

Finally, when a developer builds a serverless environment, they are heavily relying on the cloud provider. This reliance can make it difficult to switch to another provider if a problem arises or a cost-saving opportunity appears elsewhere. Vendor lockin may be unavoidable when going serverless, but oftentimes it’s worthwhile to stick with one vendor and take full advantage of their offerings anyway.

The Future Shift Towards Serverless eCommerce

Serverless technology is not a fit for every developer, but the opportunities within this realm of software development are compelling, particularly for retailers. Ultimately, serverless architecture can free up eCommerce developers to devote their time toward more strategic and more enjoyable projects. As a result, the retailers will be able to focus on bigger and better innovations for the future.

Garry Pejski is VP of Engineering at Searchspring.