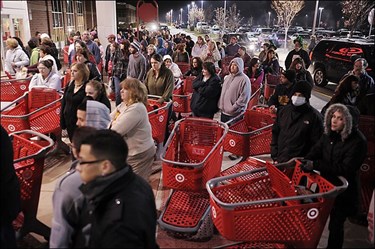 Sunscreen has been put in the clearance bin, Halloween costumes have returned to the aisles, and consumers are seeing the very early push of holiday merchandise making its way to retailer’s shelves. Perhaps, at least in the eyes of consumers, it’s way too early to be showcasing snowmen and Santa Claus, but for retailers, the biggest money making season of the year might be arriving sooner than expected. This year, a unique curiosity in two different calendar systems may prove beneficial for retailers.

So, what’s the deal with this rare occurrence?
Well, the Jewish calendar follows the cycles of the moon, while the Gregorian (Christian) calendar relies on solar cycles. These two cycles rarely fit together, but when they do, they create some incredible coincidences. It’s the mash-up of these two calendars and their coincidences that have led to the early coming of Rosh Hashanah — the Jewish New Year, normally a late September or early October occurrence — which began at dusk September 4, and our new term, Thanksgivukkah.

But what’s this got to do with RETAIL?
Hanukkah is quite the extended holiday, lasting 8 nights for followers of Judaism. The modern tradition of the holiday is to give one gift for each night. With Hanukkah beginning on Thanksgiving, it is only logical to believe the shopping surge for gifts of the 8 night holiday will begin long in advance of the traditional Black Friday, and more recent, Cyber Monday sales. Will this result in overall weaker holiday sales, when retailers are hoping for the best holiday season since the recession? Or will it benefit retailers, giving them added reason to begin the holiday shopping season early? Experts think the coinciding calendar events will be positive for retailers, as they will support the trend of starting holiday shopping early, ultimately bumping up retailers’ bottom line. Furthermore, Thanksgiving falls late in November this year, tightening the time frame from turkey to Kris Kringle’s visit. With only 27 days between the two big holidays, retailers will need to make a big push sooner, rather than later. “If they can do two Black Fridays, they will do it,” says Greg Maloney, president of Jones Lang LaSalle, a real estate firm managing malls in the U.S.

Despite the opinion of Mr. Maloney, and the hopes of retailers, a prolonged holiday shopping season may hurt, rather than help. A holiday shopping season beginning as early as October could present consumers with shopping fatigue, which could backfire on retailers. There is also the risk of retailers belittling the true nature of Hanukkah in efforts to gain profits. Hanukkah’s roots are not in gift-giving, the 8 day celebration adopted this modern practice shadowing the Christian tradition of Christmas.

Retailers must also take into account pure demographic truths. The Jewish population of the U.S. stands at about 6.7 million people, or just about 2 percent of Americans. Will it be worth the efforts to put together early holiday season campaigns for such a small segment? Overall, probably not, as a longer shopping season equates to larger overheads and smaller profit margins. But, in regions with high populations of Jewish citizens, it might be a good idea to offer Hanukkah, and early Christmas shopping, incentives to boost sales.

Thanksgivukkah, no matter what actions retailers decide to take on it, presents a very unique marketing opportunity for entrepreneurs and retailers alike. A wordpress site has been launched, selling t-shirts to mark the rare event, and there is even a menurkey (a turkey shaped menorah) kickstarter campaign, which offers those who donate $36+, their very own menurkey. Retailers on a national spectrum will most likely ignore the rare occurrence of Thanksgivukkah to focus on the traditional idea of Black Friday and the more contemporary Cyber Monday. But to the more local, small retailer in areas populated by followers of Judaism, it might be a good idea to find ways to make this rare occurrence both fun and profitable.