This Year, Walmart Is Writing Kids' Letters To Santa 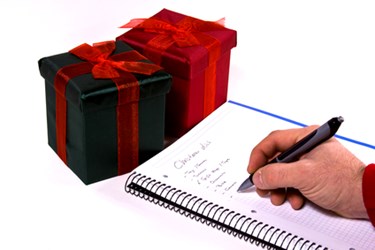 With Kmart airing the first 2013 holiday shopping season commercial on September 9, the stage has been set for other retailers to follow close behind. Walmart has fallen in line with a list of “hot toys” for this holiday season. While many retailers put together lists like this, Walmart has taken a new approach this year.

The mega retailer invited about 1,000 kids, aged 18 months to 10 years, to spend a long weekend in Dallas in August. The idea was presented to Walmart in the spring by one of its buyers, says Steve McCall, Walmart’s SVP of toys and seasonal. The children were asked to spend the weekend playing with more than 50 toys, and choose their favorites. On September 19, Walmart released the results of this “study,” with its Top 20 list of toys approved by kids. “We are taking the guesswork out of customers' holiday toy shopping by turning to kids to tell us what the real top toys are,” he says.

According to McCall, this holiday season kids want interactive toys as well as remakes of the classics. The Furby Boom! was found to be very popular within interactive toys. In the classics, the Barbie Dreamhouse has remained popular with girls. Toys linked to television shows — the Doc McStuffins Get Better Check Up Center, Teenage Mutant Ninja Turtles Secret Sewer Lair Play Set, and a Sofia the First talking princess doll — were also shown to be popular in the study. “After hearing this feedback, we did what we do best. We made price investments to offer absolutely great savings on these holiday toys, and more, for our customers,” says McCall.

Christmas is still three months away, and it may be too early to tell which toys will evolve from “hot” to “must-have.” However, that’s not stopping Walmart — the world’s largest retailer and seller of toys — from making an early push into the holiday market. The top 20 list of toys chosen by kids will have prominent positions on Walmart’s e-commerce site and in its circulars, beginning late in September. Toys “R” Us recently unveiled its holiday incentives, so it might not be hard to imagine that the earliest push ever into the holiday shopping season has already begun.