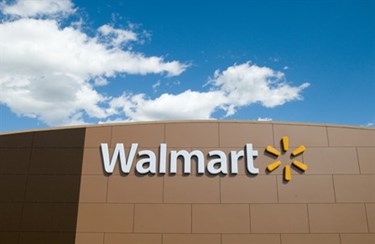 Omni-Channel Efforts Pay Off For Walmart

In February of this year, Walmart opened its second Silicon Valley innovation hub; according to an article published in The Wall Street Journal, Walmart’s online sales grew by 30 percent last year in comparison to Amazon’s growth of 20 percent for the same time period. Last year’s online sales growth marks the first time Walmart has surpassed Amazon’s growth rate, though the online-only retailer significantly surpasses Walmart’s online sales by six times as many. Walmart’s success is the culmination of an expansive, and expensive, effort to directly take on and surpass online retailers.

In 2013 alone, Walmart spent an estimated $500 million dollars in various e-commerce investments, including opening three new online-only fulfillment centers and hiring 1,000 employees for its Silicon Valley locations. In February of this year, Walmart estimated its online sales for the year would reach $13 billion and forecasted that within two years its online sales would surpass Amazon’s sales. With same-day delivery and online grocery ordering currently in beta, Walmart potentially has a key advantage over Amazon: it can leverage its brick and mortar stores to double as fulfillment centers. With more substantially more sales channels available to Walmart, the world’s leading retailer is poised to become the world’s leading omni-channel retailer in a way that simply wouldn’t be feasible for Amazon to take on.

If what a company decides to add to its arsenal is indicative of the battle it plans to wage, it appears that Walmart may be planning to take on product search. This week it was announced that Walmart has acquired Adchemy, a product search optimization and data company with over 60 employees who will be joining the @WalmartLabs team. One of the Adchemy team’s most notable employees includes Ethan Batraski, the former head of search innovation at Yahoo. Walmart’s acquisition of Adchemy is indicative of a trend toward search being a top concern for e-commerce; the retail giant joins other giants with CVS Caremark’s forray last month into hiring a search optimization team and Google’s acquisition this week of product search data startup Rangespan.