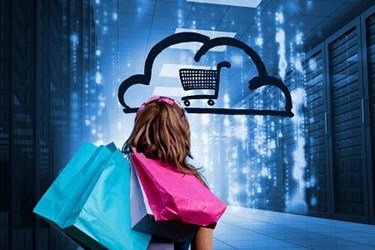 As customers use more channels with higher expectations, retailers need to invest in better support.

In its latest study, “4 Crucial Trends for the 2018 Holiday Retail Season,” Zendesk has assessed the 2017 holiday shopping season to produce actionable insights for retailers as they begin to plan for 2018. The holiday season logically brings the biggest risk in ticket volume, and this assessment compiles a number of interesting customer support findings from retail businesses on our platform in a report due to be released shortly. Companies can find it challenging to manage the influx of customers and the accompanying surge of support tickets as ticket volume peaks during the holiday shopping season, and since ticket surge also varies by channel, which means that service expectations are increased at varying levels as well.

Some of the findings include...

Omnichannel engagement is crucial to retail success in today’s changing retail landscape. As the report asserts, “it’s hard to overstate the perils of being an onmichannel laggard. It’s of course never good for business when a customer walks away from a transaction less than thrilled. During the holidays, though, the repercussions for your business could have a grim and indelible impact. Unhappy customers can walk away for good, your reputation in tatters – and just like that, everything you and your team have worked so hard for is destroyed. No one wants their company to go viral because of an enraged tweet about being ignored, or the gift not arriving, or a human agent with the warmth of a second-rate robot.”

The analysis also found that while traditional support channels use continue to rise, new support channels are also seeing dramatic increases, straining the limits of many customer support organizations. And since retailers added fewer agents this year over last year, despite the larger ticket volume, many were caught off guard, particularly in terms of handling the larger ticket volume submitted via alternative channels like Facebook, Chat, or Twitter.

Ultimately, as customer expectations rise, so does the ticket volume, and the relationship between response time and the level of customer satisfaction (CSAT) is also a crucial one for retailers who want to retain their customer base.  When retailers have disjointed ticketing systems or understaffed support teams, the CSAT scores can plummet.

Ultimately, Zendesk asserts, “Maintaining consistent customer service across channels throughout the year is critical. The challenges of staying true to customer-service values has gotten trickier with the proliferation of new channels. Ticket volume is increasing year over year, but retailers don’t seem to be adding a sufficient number of agents and are slow to recognize the astounding rise of new support channels that require fully integrated support systems. First-reply time takes a hit, and this ripples over into CSAT, which decreases when customers have to wait longer both for the first reply and for full resolution.”