Holiday Sales Rose 4.9 Percent For 2017 In Largest Year-Over-Year Increase Since 2011 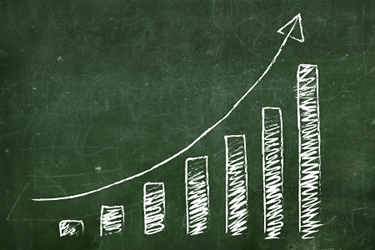 Holiday sales increased a record 4.9 percent for 2017, according to the latest Mastercard SpendingPulse report . This marks the largest year-over-year increase since 2011 and reflects solid consumer confidence. E-commerce sales also rose 18.1 percent year-over-year, due in part to a late-season surge, according to the report, which details holiday sales from Nov. 1 through Dec. 24 across all payment types.

Key findings of the Mastercard SpendingPulse report include:

According to the report’s breakdown of category sales for this shopping season, consumers spent time and energy on their homes and on finding ways to make their time at home more enjoyable. In this vein, electronics and appliances sales rose 7.5 percent (the most in 10 years), and home furnishings and home improvement sales each rose 5.1 percent, as did home improvement. Specialty apparel and department store sales also saw moderate gains, despite the large number of store closings in recent quarters.

The report also found that retailers’ early season promotions paid off, resulting in significant sales jumps in the first three weeks of November, and late sales surges also contributed to the good season for retailers. Dec. 23, also known as Super Saturday, was second only to Black Friday in terms of single-day spending, particularly in certain categories, like jewelry, where saw sales rose 5.9 percent.

In its mid-December report, the NRF forecast strong figures for the 2017 holiday season. NRF Chief Economist Jack Kleinhenz said. “The combination of job and wage gains, modest inflation and a heathy balance sheet along with elevated consumer confidence has led to solid holiday spending by American households.”

“Today’s report is indicative of a strong consumer who is confident about the current and future state of the economy,” Kleinhenz said. “The improved willingness to spend and the purchasing power of consumers will continue to be an economic driver of growth into 2018.”

“Evolving consumer preferences continue to play out in the aisles and online sites of retailers across the U.S.,” said Sarah Quinlan, senior vice president of Market Insights, Mastercard. “Overall, this year was a big win for retail. The strong U.S. economy was a contributing factor, but we also have to recognize that retailers who tried new strategies to engage holiday shoppers were the beneficiaries of this sales increase.”