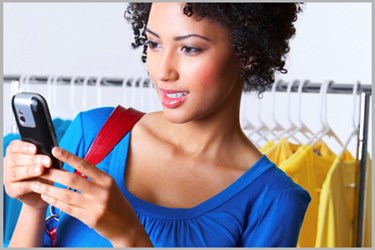 The report, created with Tony Rizzo of Blue Hill Research, examined global audience demographics and measured the end-user impact of app crashes app misbehavior, and feature gaps within apps, according to a Reuters report.

Tony Rizzo, Blue Hill Analyst, explained, "It's no surprise that Millennials, colloquially referred to as iGeneration, are avid mobile shoppers – but don't dismiss Generation X. Both generations have remarkably similar (and active) mobile habits," says Blue Hill. "60 to 65 percent of Millennials and nearly 60 percent of Gen Xers report that they use mobile apps to perform a large portion (between 25 and 50 percent) of their shopping and product research.

The report also found that all age groups have very little tolerance for a glitchy app, particularly if it crashes. The report found that consumers have no compunction about uninstalling an app if  its performance is substandard and moving on to a competitor's app. That means that retailers will quickly lose a key retail demographic  if their mobile app doesn't offer a seamless user experience.

Ultimately, the report highlights the fact that with today’s screen savvy society,  your mobile offering shouldn't just be a subset of the Web experience.  Blue Hill sheds light on the dangers of becoming a mobile laggard: "The pitfalls facing mobile laggards are twofold: Not only are they already losing current sales to mobile-enabled competitors, but these losses will quickly multiply as mobile-active customers proactively use and recommend competitors' apps."

“Aside from a few pioneers, most retailers, including retail banks with consumer customers, have not yet begun thinking out their mobile strategies, said Dave Robbins, CEO of Crittercism. “Retailers need a thorough understanding of uncontrollable external mobile variables, how they interact, how they behave short term and long term, and how these variables correlate with the retail marketplace – we’re hoping this report helps provide solutions and strategies.”